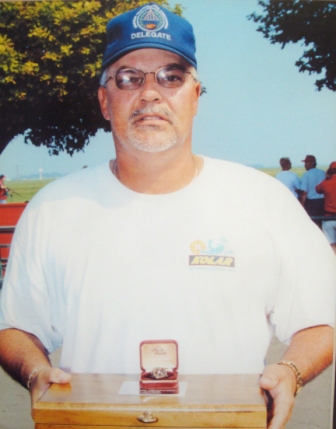 Charles Morrison
Columbia, Tennessee
Charles Morrison is the son of 2006 Hall of Fame inductee, Will Morrison, Jr. and the late Jean Morrison. They became the first father and son in the Tennessee Hall of Fame. Charles was born in 1959 in Dickson, Tennessee. He began registered shooting in 1967 at the age of nine, having been guided by his father. His many awards include winning the Tennessee Doubles, All Around and High-Over All titles. He has made seven all-state teams. The highlight of his career came in 2003 when he won the Grand American Doubles Championship. That was the first major Grand event won by a Tennessean since 1965. In 2004 he tied for the same event. Charles is currently the Tennessee ATA delegate and has served as president of the Nashville Gun Club. As of 2010, he has registered over 171,000 targets. He operates Morrison Autos in Columbia and enjoys hunting and fishing. His son, Charles Jr., represents the third generation of Morrison state champions.
Inducted 2010