Harry Williams
1914-1983
Memphis, Tennessee
Born in Mayfield, Kentucky in 1914, he married Frances Gene Hannaford and they have four daughters - Lana, Lucy, Linda, and Leslie. Mrs. Williams still resides in Memphis.
Harry started shooting in 1954. He was an avid supporter of trapshooting. He won 5 State Singles Championships from 1957 to1973 and 3 All Around Titles in 1957, 1965, & 1972.
He was Vice President and General Manager of National Butane Gas Company in Memphis.
Harry won the State Doubles Championship in 1969 and tied for Clay Target Championship at the Grand in 1968 with 200 straight. He was the Tennessee All Around Champion 3 times with an average of 374 out of 400.
Harry was an ATA Delegate and the President of the TSTA 3 times. In 1970 he was selected Tennessee Trapshooter of the Year (Formerly Mr. Tennessee Trapshooter).
At the time of his death in 1983 Harry had registered 98,275 targets. His legacy of sportsmanship is one that all trapshooters hope to replicate. 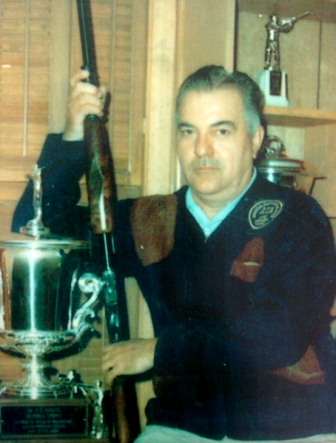