Larry began his ATA shooting career in the spring of 1995 at the Cumberland County Sportsman Club in Burksville, Kentucky. Since that time he he has registered 210,400 total targets. He has won many trophies at the Tennessee State Shoot, Kentucky State Shoot as well as other shoots. He was a member of Tennessee’s Grand American state-team champions in 2004, a victory hard won after a late night shoot-off. In 2008 he won Class AA in the Winchester Singles event at the Grand. Perhaps his most impressive win came in the handicap championship of the last Tennessee Autumn Festival with 97 in an extremely high wind and rain. No one else was close. Larry has made the Tennessee All-State team for the past six years, has served twice as TSTA President and TSTA Board Member for many years. Larry’s occupation of over 40 years has been as a natural gas and petroleum pipeline welder, working on pipelines all over the US. Larry wishes to acknowledge his squad-mates Jerry Racke, Ralph Royes, Larry Woosley, Scott Martin, Wally Lowry and Steve Williams.
Larry Hord
Helenwood, Tennessee 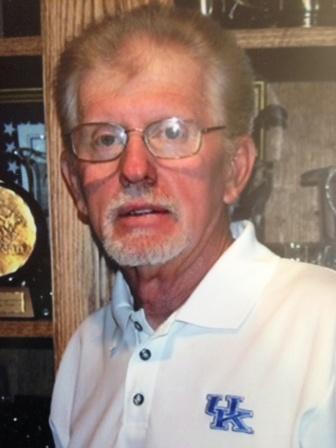