Jeanette Rudy
1928 - 2011
Nashville, Tennessee
Born in Sheffield, Alabama, she married Daniel Glees Rudy, February 20, 1949. Dan died on October 10, 1984. She has three sisters, Geneva, her twin and Margaret and Louise. Her brother Alton died June 14, 1997.
Jeanette attended Sheffield High School in Alabama. After graduation, she attended the Saint Thomas Hospital School of Nursing in Nashville, Tennessee and received her R. N. degree in 1948.
Through Mrs. Rudy's efforts, the Cumberland University School of Nursing was founded. She received the Phoenix Award which is an honor bestowed by the Cumberland University alumni association and she also received the University's most prestigious award the Honorary Doctor of Humanities.
Mrs. Rudy helped found and fund the Dan Rudy Cancer Center at Saint Thomas Hospital in memory of her late husband.
She started trapshooting in 1960 at the Nashville Gun Club located at old airport. She borrowed a Model 12 Winchester from Raleigh Seals (a Winchester Representative) and shot her first round breaking 17. From then on she was hooked.
Every weekend she continued to practice trap. Eventually, Dan came along too and thoroughly enjoyed the sport also.
Jeanette won the Tennessee State Ladies Trap Championship in 1961, 1962, 1964, 1967, 1968, 1969, 1973 and 1975. She was on the All State Trap Team in 1965, 1967 and 1977. She was on the Women's Sports Afield All American Trap Team (Second Team) in 1963, 1966, 1967, and 1968.
She was the Tennessee State Doubles Champion in 1965 when she beat Jack Wright in a shoot-off. Also in 1965 at the Alabama State Shoot, she was Open Doubles Champion with 92 x 100.
Jeanette was the Grand American Runner-up Ladies Trap Champion and the 1962 Champion of Champions with 96 x 100. She was the Southern Zone lady Class C Champion in 1962 and the Class B Open in 1971.
She has served as President of the Tennessee State Trap Association.
Jeanette won the Tennessee State Ladies Skeet Championship in 1968.
Jeanette is a lifetime member of the "Ding" Darling Wildlife Refuge in Sanibel Island, Florida, National Rifle Association, National Ducks Unlimited, National Wild Turkey Federation, and Rocky Mountain Elk Foundation.
Jeanette is an avid Federal Duck Stamp Collector and is considered to have the best collection in the world. She possesses the first Duck Stamp ever sold. In 1992 she was honored as one of the Judges of the Federal Duck Stamp Competition in Washington.
The Jeanette Cantrell Rudy Duck Stamp Gallery opened June 1996 in the Smithsonian Institution's National Postal Museum.
She now serves as Commissioner for the Tennessee Wildlife Resource Commission.
Jeanette is an avid traveler and sportswoman. One of her favorite trips with her husband was through the Panama Canal. She has hunted in Canada, and North and South America. Successful hunts include deer, elk, moose, antelope, duck, dove, turkey, grouse, prairie chickens, and hogs (boar). 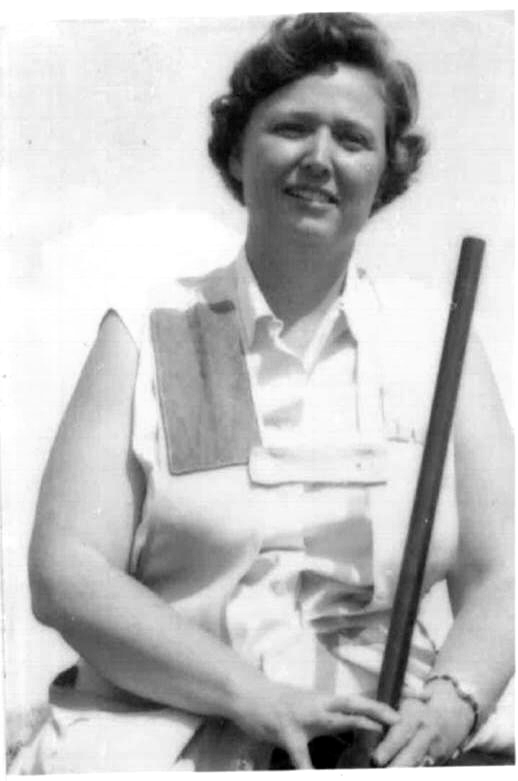 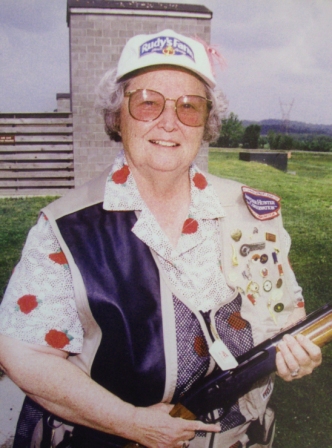