Joe Nevins
1948 - 2009
Nashville, Tennessee
Born in Celina, Tennessee on January 3, 1948. He married Jane Grider on September 12, 1970. They have two children Jennifer Nevins Burton and Andrew Clark Nevins.
Since 1977, Joe has registered 20,950 singles, 18,400 handicap and 9,850 doubles targets.
In 1978 the TSTA experienced a financial crisis as a result of some unauthorized former actions. A TSTA committee recruited Joe, literally in the middle of the night, to become the Secretary-Treasurer for the TSTA. Since then, Joe Nevins has been the glue that has held the TSTA together.
He has been the TSTA point of contact for many years while conducting the shoots at the Henry Horton State Park Home Grounds.
In 1986 Joe was selected Mr. Tennessee Trapshooter.
He, at his own initiative, created the TSTA Web Page in 2002. Joe continues these duties and is responsible for making sure all information concerning the TSTA has been correctly updated and stays user friendly.
In 2003 when the TSTA voted to change site locations, he stepped up and proved once again he was a leader and team player.
He led TSTA over a period of years to a level of prosperity that made possible the move to the larger Home Grounds in Nashville.
Joe has dedicated the last twenty-six years promoting trapshooting - not only in Tennessee - but in many states. Also, he has been a reliable resource for many gun clubs in other states and has volunteered his expertise.
Over the years with his heavy administrative duties (local, state, and national), he has made time to shoot in many states including Kentucky, Alabama, and Ohio to name a few. Joe cashiered all TSTA Shoots from 1977 to 2002. It is difficult - if not impossible - to concentrate on shooting and carry the responsibilities that Joe has while providing his financial and administrative expertise at many of the shoots. He has given his best and done so successfully with a smile.
The circumstances of Joe's roles with TSTA and the Trapshooting Hall of Fame are similar. He attended all Grand Americans from 1977 to 2002.
In 1984, Mr. Doug House, a former ATA President and one of the Trustees of the Trapshooting Hall of Fame, passed away. Joe was recruited by the Board of Trustees to take on Mr. House's position. By 1986, the Board had named Joe its Chairman for that year and also Secretary-Treasurer, a position Joe held until 2004.
In each case, an emergency occurred. In each case Joe Nevins was the man that was needed. In each case, Joe stepped in and made the organization better than it was before.
Trapshooting has never had a better friend than Joe Nevins.
It is with great pleasure that the Tennessee Trapshooting Hall of Fame Committee and the Tennessee State Trapshooting Association induct Joe C. Nevins into the Tennessee Trapshooting Hall of Fame. 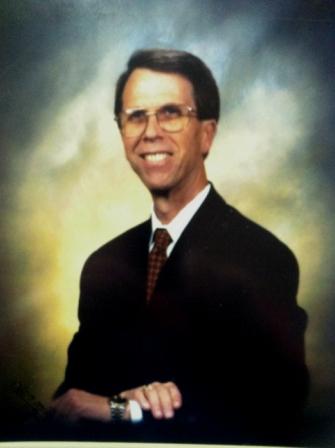