John Crosser
Milan, Tennessee
Born in Paris, Tennessee, John Crosser began shooting registered targets in 1982 at age 38. Two years later he was elected President of the TSTA and by 1990 John had attained the 27-yard line.
He holds the distinction of being one of very few Tennesseans who have won the state handicap championship more than once. He was victorious in 1987 with 97 and in 1992 with 99, tying the record score which still stands.
His other state crowns include the all-around in 1992 with 392 and the doubles in 1995 with a score of 98. He has consistently ranked among the top shooters in the state, and was recognized for his achievements in 1995 as Tennessee Trapshooter of the Year. By the end of 2004, he had registered 258,000 targets. John has been president of Tatum Auto Parts for 35 years.
His contributions to his community resulted in his being named Milan Jaycee of the Year in 1972. He continues to serve as a lieutenant in the Milan Police Reserves. John's wife, Joyce, formerly was an active shooter. They have a son, John Thomas. 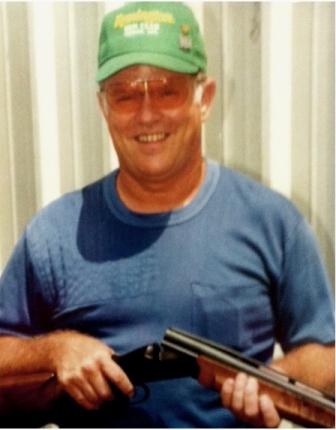