Dr. Kenneth W. Christenberry, Sr.
1915 - 1986
Knoxville, Tennessee
Born in Knoxville, Tennessee in 1915, He was married to June McCoy in 1936. June passed away in March of 1986 and Dr. Christenberry died on April 19, 1986. He was buried on her birthday. His survivors include his daughter June Elizabeth, his son Dr. Kenneth, Jr.; granddaughters Meridith Leigh Kuester, and Allison Paige McHenry. His nephew, Dexter, who is also a shooter. His love of guns started when he was 8 or 9 years of age, and at that age his father thought he was too young to have a gun. So he saved his money and bought a Stevens .22 rifle. He hid it in a cave so his father would not know.
As an adult, his interest in guns led him to be a very active member and five time president of the Knoxville Gun Club and membership in other rifle societies. He was one of the founding members of the Knoxville Gun Club. He was an award winner in both rifle shooting and trapshooting. During his youth, he was on the Knoxville High School and University of Tennessee Rifle Teams.
He first shot trap in 1950 and registered his first targets in 1953. In 1962 and 1967 he was the Tennessee State Trap Association President. Dr. Christenberry was selected Tennessee
Trapshooter of the Year (formerly Mr. Tennessee Trapshooter) in 1979.
Dr. Christenberry won many shooting awards. In 1957 he won the North Carolina State and South Carolina State Open Winner Handicap Championships. In 1958 he won the Tennessee State Handicap Championship.
In 1985 at the Southern Zone, he won the Vet Preliminary Handicap, Class Doubles Championship, Singles Championship, Doubles Championship, Handicap Championship and All Around. Also, that same year, he won the Kentucky State Open Class C and Open Vet Doubles Championships. In addition, he was on the 1986 All American Senior Vet team.
Dr. Christenberry attended all but four Grand Americans in 33 years.
He also belonged to the Friendsville Skeet and Trap Club.
Twice he was runner up at the state high-power rifle championships.
Dr. Christenberry was a skilled gun engraver and stock maker as well as an accomplished musician. He enjoyed painting, and collecting guns. He did oil portraits of shooters and sold the paintings using the proceeds to help finance the Knoxville Gun Club.
In 1986 he posted a 100 straight in the Preliminary Singles at the Smoky Mountains Invitational, and died the next day. 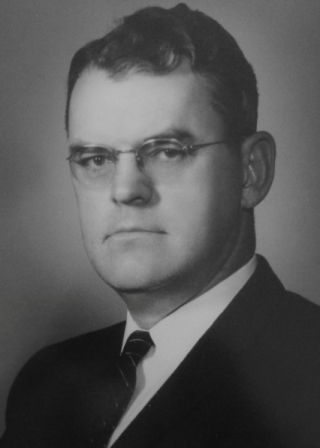