Kenneth Neal
Dyersburg, Tennessee
Lifetime Dyersburg resident Kenneth Neal began hunting big and small game at an early age. He joined the ATA in 1983 at the age of 33 and broke his first 100 straight at the Tennessee State Shoot that year. By 2006 he had broken 100 straight in singles 128 times and had recorded 18 scores of 200 straight. In 1987 he earned AA-27-AA recognition from the ATA.
He joined the Dyersburg Gun dub and has helped operate it since the early 1980s. Kenneth has won all around and high-over-all titles in Tennessee, Arkansas, Kentucky, Mississippi and Alabama, as well as the Southern Zone all around championship in 1988.
He has been Tennessee Singles Champion three times, Doubles and All Around Champion twice, and Handicap Champion once. He has made 15 Tennessee all state teams, and was the top ranked shooter in the state by average in 2001 and 2002. He has registered a total of 133,550 targets in his career. Due to recovery from surgery, he did not shoot in 2007 but has come back to form in 2008.
Kenneth and wife Marsha have a daughter and son who live in West Tennessee, and have three grandchildren. 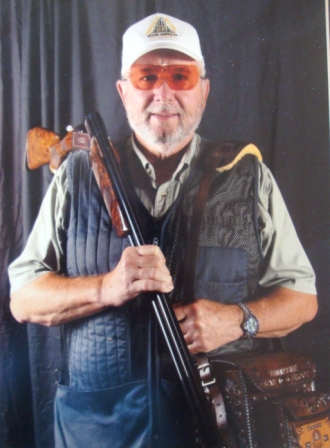