R.L. Taylor
1921-2008
Signal Mountain, Tennessee
Chattanooga-born Bob Taylor began shooting registered trap in 1984 after 35 years as an accomplished skeet shooter. He was Tennessee Veteran Singles Champion from 1988 through 1990 and then Senior Veteran Champ in 1991, 1994, 1995, 1996 and 1999. He made the Senior Veteran All-America team in 1992 and 1993. He has been named to nine Tennessee All State teams and is still an active shooter.
In 1941 he married Frances Lowe. They have a son, Larry, and a daughter, Barbara. Bob served in the US Navy during World War II. After the war he started his own sheet metal business. He retired in 1985 and turned the business over to his son.
Bob Taylor has always been an intense and focused competitor, yet always conducts himself as a gentleman. 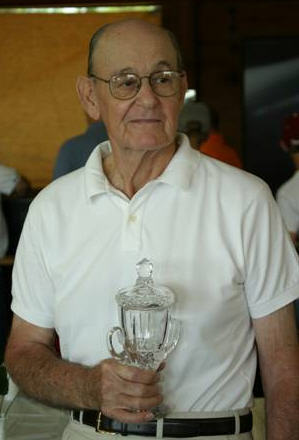 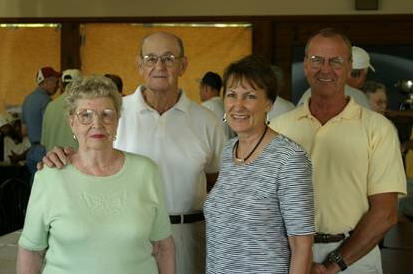 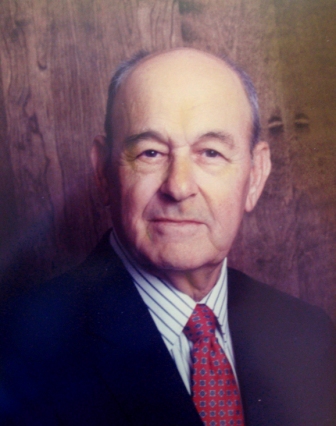 Robert Taylor
Robert Lee Taylor, 87, of Signal Mountain, went to be with the Lord on Saturday, Aug. 23, 2008.
He was a lifelong resident of the Chattanooga area. Mr. Taylor served his country in the U.S. Navy from 1944-46. He was the owner of Lookout Sheet Metal Co. from 1946-85.
His memberships and affiliations include Chattanooga Roofing & Sheet Metal Contractors Association, president from 1966-67; Sheet Metal & Air Conditioning Contractors National Association; Tennessee Skeet Shooting Association, president 1975 and 1979; National Skeet Shooting Association, director 1975-1979; Sportsman Award, Tennessee Skeet Shooting Association, 1979; Nesbit Award, 1980.
He began shooting registered trap in 1984 and was Tennessee Veteran Singles Champion from 1988 through 1990. He was Senior Veteran Champion in 1991, 1994, 1995, 1996 and 1999 and made the Senior Veteran All-American team in 1992 and 1993. He has been named to nine Tennessee all-state teams and was inducted into the Tennessee Trapshooting Hall of Fame in 2006.
He was a member of Masonic Lodge, Scottish Rite; life member Shriners; member Signal Mountain Baptist Church.
He was preceded in death by his parents, Harry Thomas Taylor and Etta King Taylor; brother, Judge John Boone Taylor, all of Chattanooga.
He is survived by his loving wife of 67 years, Frances Lowe Taylor; son, Larry L. (Toni) Taylor, of Signal Mountain; daughter, Barbara T. (Glenn) Lemley, Hixson; grandson, Larry Taylor (Meredith) Hough, of Matthews, N.C.; and three great-grandchildren; brother, Alfred Taylor, Las Vegas, Nev.; sister, Sarah Ney, Chattanooga; and several nieces and one nephew
There will be no visitation at the funeral home.
Private graveside services will be held at Forest Hills Cemetery with the Rev. Robert C. Stitts officiating.
In lieu of flowers memorial contributions may be made to Bayside Baptist Church, Harrison.
Arrangements by Wann Funeral Home.
Inducted 2006