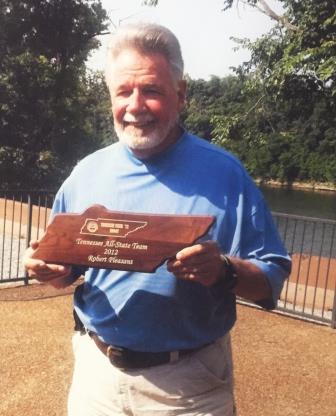 Robert Pleasant
Memphis, Tennessee
Memphis native Robert Pleasant took up ATA shooting in 1972. In the ensuing 44 years, he has shot a total of 145,000 targets in 15 states and Canada.
Robert’s first win at the Tennessee State Shoot was Class B in the Opening Singles in his first year of shooting. He has been named to six all-state teams, spanning from 1977 t0 2013. He served as TSTA President2005. He was the Tennessee Veteran singles champion in 2009 and 2011. At the 2012 state shoot, he won eight trophies including the Open High-Over-All with a 996. At the same shoot, he was Senior Veteran Champ in the Doubles Championship with a 98, unofficially an all-time record. He was a member of the club team singles champions in 1984, 1993, 1995, 1998 and 1999. Obviously athletic and highly competitive, Robert has been a trophy winner at the Tennessee State Shoot in five decades.
Robert retired after 25 years with the Memphis Fire Department and began a second career as a high school teacher in Shelby County. He has been married to the former Vicki Padgitt for 45 years. They have a daughter and two grandchildren.
Inducted 2016
1