Robert A. (Robin) Smith
Henderson, Tennessee
TSTA President Robin Smith won the state singles championship in 2009
Robert A. (Robin) Smith with a lone 200 straight, the highlight of a career that began 23 years ago. His first registered score was an 88 in handicap shot with a 870 wingmaster. Since 1986 he has fired at over 96,000 targets. His first 100 straight came in 1991. Robin’s highest averages so far have been 98.48 in singles (2010), 93.10 in handicap (2007), and 94.88 in doubles (2010). In 1992 he built a trap field so that local shooters could practice during the week. Today the Henderson Gun Club has three lighted and immaculately maintained trap fields all with ERAD voice releases. The Club started a youth program in 2004 to compete in SCTP and later AIM competitions. Achievements of his young shooters have included a national championship captured by the Chester County Rookie team. Robin’s leadership at multiple levels while being a top shooter himself is unique. 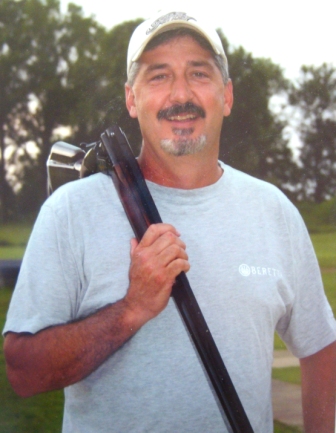