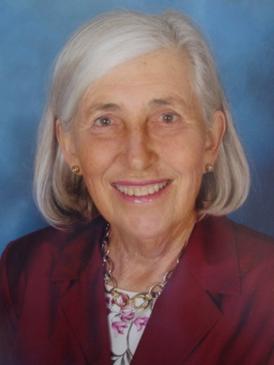 Anne Koella Frazier
White Pine, Tennessee
Anne is well-known to shooters throughout the country as the co-founder of Hog Heaven Gun Club and from many years of squadding at the Grand American and other shoots in the region. Born in Knoxville, she graduated from Mount Holyoke College in Massachusetts with a degree in math and physics. A stint teaching at Webb School in Knoxville followed, and then 12 moves in the next 10 years, from North Carolina to Boston to Switzerland and finally to White Pine. There she took on managing the farm with the help of her four oldest sons and daughters. Within her large family are former trapshooter son Will Koella, now a military intelligence officer and cryptologist in Washington DC, and current junior star Alex Koella. Her other children include veterinarian Jon, family physician Louis, accountant Julie, US Foreign Service officer Jenny who is currently serving in Pakistan, and six grandchildren in addition to Alex.
Inducted 2009