Will Morrison, Jr.
02 Apr 1923 - 05 May 2013
Dickson, Tennessee
While he is perhaps known more for his organizational skills and innovation as a gun club and state association president, Will Morrison, Jr. has also enjoyed great success as a shooter. He won the Tennessee Handicap Championship in 1961 in Nashville, the same year he was president of the Nashville Gun Club. The shoot set a state attendance record and on the grounds were some of the most well-known shooters of the time. His first 100 straight came the following month. In 1962 he tied for Runner-up in the Southern Zone Singles Championship in Louisville and shot off while enduring a bleeding ulcer for which he was hospitalized the following day. In 1963 he won a Kentucky Colonel's commission at another shoot in Louisville. He immediately became known locally as "Col Morrison". Will was president of the TSTA in 1979-1980.
Win entered the US Navy in 1945. While in the service he began shooting skeet and made the Navy Skeet Team.
A native of Dickson where he still fives, Win operated a successful general insurance agency that today, as Morrison & Fuson, is led by his older son, Will III. In 1950 he married Jean Inman, who passed away in 2003. In addition to Will III, they had daughters Susan and Margo and younger son, Charlie, currently Tennessee's ATA Delegate and former Grand American Doubles Champion. Grandson Charlie, Jr. is also a well-known champion shooter. 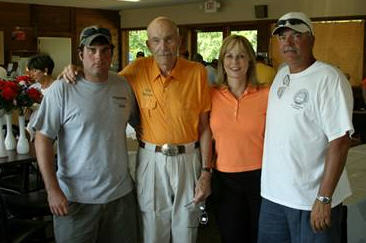 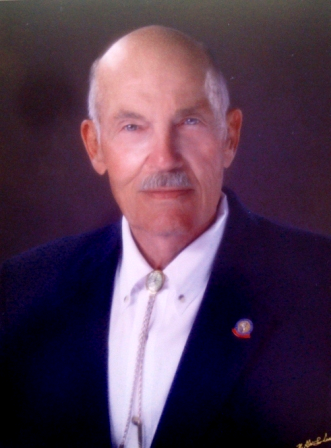 Inducted 2006
From: http://www.legacy.com/obituaries/tennessean/obituary.aspx?n=will-cummins-morrison&pid=164659578&fhid=11637#fbLoggedOut
MORRISON, JR., Will CumminsDied on May 5, 2013 in Dickson, Tennessee. He was 90 years old. Will was a life-long native of Dickson, Tennessee. He was born April 2, 1923 to the late Tennye Bates Morrison and the late Will C. Morrison Sr. He has one sister, Carol Morrison Fuson of Dickson. Will attended Dickson High School and was the salutatorian of his 1941 graduating class. For many years, he assisted his graduating class with their annual June reunion. He loved his classmates and always made time to spend with them. They were his best friends. He began his college career at Vanderbilt University until the outbreak of World War II changed his focus that same year. Following the bombing of Pearl Harbor, he enlisted in the Navy and served in World War II until 1945. He then completed his degree in engineering at Tennessee Technological University. Following graduation, he joined his father, Will C. Morrison Sr., who along with his own father, W.P. Morrison, had already founded the W.P. Morrison Insurance Agency in 1921. He worked there until he retired in 1986. By that time the name of the insurance agency had changed to Morrison and Fuson, and he passed the torch to his namesake, Will III. Morrison and Fuson Insurance remained always a true source of his familial pride. In 1950, Will married Clara Imogene "Jean" Inman. She preceded him in death in 2003. They shared fifty-three years of marriage and had four children together. During these years, he continued to work in the insurance industry, shoot and hunt, and restore old farms in both Dickson and Houston Counties. For over a decade, he made an annual hunting pilgrimage to Argentina where he met the same group of buddies. Every October, he went to South Dakota with friends from Dickson, Texas and around the country for a pheasant hunt. He was also very active in local Republican politics and the PTA. In addition to his career in insurance, Will served on the Board of Directors for The First National Bank for many years. He was also a volunteer Boy Scout leader. He was passionate about teaching hunting techniques and gun safety. He made a tremendous difference in many young men's lives by honing their shooting skills. Will was a nationally renowned trap shooter. He won many state trap-shooting competitions and served for a number of years as the President of The Nashville Gun Club. In 1963, he won a prestigious trap-shooting title in Kentucky and was named as a "Kentucky Colonel." One highlight of his shooting career was winning the southern zone father and son trapshoot with his son Will. In 2006, he was inducted into the Tennessee Trap-shooting Hall of Fame during the time when his youngest son, Charles, served as the President of The Nashville Gun Club. He often said, "This was the most unexpected and satisfying award of my life." He was a life-long member of The National Rifle Association. Will was truly an individualist, a real treasure, and a talented storyteller. Some of his best stories were about his days as a young man in World War II, hunting adventures, and from his breakfast club meetings at East Hills and High Point restaurants where local men often greatly embellished their individual tales and solved the problems of our world. The fact is, most of his tall tales were actually quite true. He enjoyed reading, riding around his farm on his Kubota, watching movies about the Civil War and cowboys and Indians, and was a huge fan of Fox News. He is survived by his four children, Susan Deavers (Danny), Will C. Morrison III, Charles I. Morrison all of Dickson, and Margo Jacobs (Phil) of Houston, Texas; as well as eight grandchildren, Joe Owens, Miranda Melton, Charles Morrison, Jr., McKensie Morrison, Will C. Morrison IV, Garrett Cummins Morrison, Samuel Deavers and Leah Jacobs; four great grandchildren, Emma, Audrey, Erica and Christopher. Memorials celebrating Will's life can be made to: the Sylvia Church of Christ, 1002 Church Street, Dickson, Tennessee 37055, or the Nashville Gun Club, 1100 County Hospital Road, Nashville, Tennessee 37218 (615) 742-5297. Funeral arrangements are shared between Woodlawn-Roesch-Patton Funeral Home and Spann Funeral Home in Dickson. Visitation will be at Spann Funeral Home Tuesday from 11 a.m. til 2 p.m. and 6 til 8 p.m. Services will take place at Spann's Wednesday at 11 a.m. to celebrate and remember Will's colorful life.