Boyd Duncan
1887-1943
Lucy, Tennessee
Born July 27, 1887 in Lucy, Tennessee and died in 1943. Boyd comes from a family of crack shots, and his grandfather, and father were the best field shots in their area.
Duncan, a quiet and unassuming young fellow, started in trapshooting at the Memphis Gun Club. He, his father, brother and cousin shot regularly at the Memphis Gun Club.
Boyd, his father, and his brother made names for themselves in different meets. Once in Arkansas, the trio broke 495 out of 500 targets.
The south-paw began shooting clay targets at the age of eighteen. Two years after his entry into the sport, he broke 95x100 and 24x25 in the shoot-off to win the State Amateur and Tri-State Championship, consisting of three states: Arkansas, Mississippi and Tennessee.
He won the Tennessee State Title three times - once as an amateur before he was old enough to vote while using a Winchester ventilated rib trap gun and of course Winchester ammunition.
After winning the Tennessee State Title in 1918, at the age of 21, Duncan turned professional. At that time, he joined forces with the Winchester Repeating Arms Company.
Duncan toured the entire country shooting with the Winchester Team and was at the top percentage among the professionals in the country at that time.
In 1922 he broke 99x100 doubles, and it was the first time that this extraordinary feat had ever been recorded. Before that, he won the professional high average on doubles four times. Also, he won the Hazard Doubles Trophy in 1924 with 97x100 and 49x50 in the shoot-off.
As a professional, he won many honors. He captured the Pro-State Championship in Doubles and Singles a number of times, won the Southern Zone Singles Championship in 1924 with 199x200, and also won the Doubles Class Championship and Ail-Around Championship at the Southern Zone in 1924.
Duncan's average in Doubles from 1926-1932 was .9032 with a high of .9485, and on the 16 yard line his average was .9682 with a high of .9825.
In 1927 Duncan set the world's record (broke 621 straight targets) at the Alabama State Shoot in Birmingham, and established another record for most targets shot at one shoot. Boyd averaged .9420 on his doubles that year.
Also, Duncan's record run of 621 straight targets combines two other records, the high run of 531 in one tournament and 549 out of 550 targets at another tournament. This feat was recognized by the ATA.
Again, in 1927, he was High Over All in the Arkansas, Louisiana, Oklahoma, and South Carolina shoots. At the Southern Zone he tied for the Singles Championship, won the Preliminary and Zone Handicaps, and the Ail-Around Championship. His average was better than 98 percent.
In 1928 his shooting was how he earned the title "Tennessee Marksman Tops World" and a beautiful silver trophy. The trophy stands about 18 inches high. Three silver shotgun shells support a replica of the globe, surmounted by stacked shotguns.
"The Long Run King", "Tennessee Marksman" and "Crack Shot" are just some of the titles that Boyd Duncan earned during his shooting career.
In another article by Jimmy Robinson, "On The Firing Line with Trapshooters", Mr. Robinson said, "Boyd Duncan has always been one of the writer's trapshooting ideals. We have always liked his stance, his style, his remarkable shooting and last, but not least, his high grade personality and judgement around the shooting grounds."
Mr. Robinson also said, "Duncan is a southpaw marksman, who has been a remarkable wing shot since childhood, and during his brief career as a professional trapshot, he has raced like a comet across the trapshooting firmament, breaking records as he went. Many 'old-timers', who have followed the powder-burning pastime for years predict, "he will go down in history as one of the greatest trapshots of all times."
It gives the Tennessee Trapshooting Hall of Fame Committee and the Tennessee State Trapshooting Association great pleasure to induct Boyd Duncan into the Tennessee Trapshooting Hall of Fame. 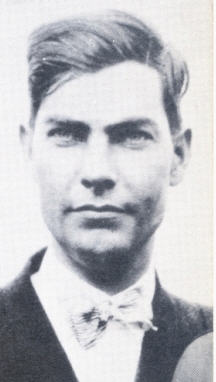 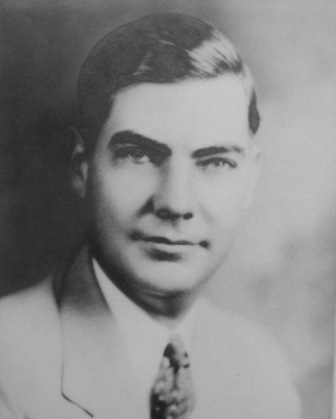