Frances Williams
Memphis, Tennessee
Mrs. Frances Williams of Memphis began her shooting career in 1958, four years after her husband, Tennessee Hall of Fame inductee Harry Williams, started registering targets. In 1959 at the Knoxville Gun club, Mrs. Williams won the first of her five ladies state singles crowns. Her other wins were in 1960, 1963, 1965 and 1966. Her 1965 win in Knoxville was paired with Harry's singles championship. Not in the 40 years; since then have a husband and wife won both Tennessee singles titles in the same year.
Her intense yet friendly rivalry with Tennessee Hall of Fame inductee, Jeanette Rudy, was a highlight of the state shoot shoots in the 1960's. Their contrasting personalities and shooting styles made the ladies championship a unique crowd-pleaser.
While winning these and other events at shoots throughout the South, Mrs. Williams was devoted to her four daughters, Linda, Lucy, Lana and Leslie. They have given her nine grandchildren.
Mrs. Williams retired from competitive shooting in 1967 and still resides in Memphis. She has attended two previous Hall of Fame functions. 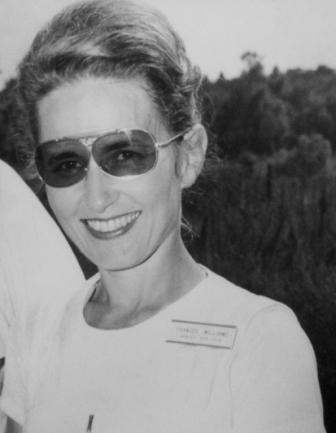