J. C. Morrison
1920-1999
Morristown, Tennessee
J.C. Morrison the 39th President of the ATA and the third from Tennessee, was born March 29, 1920, in Morristown, Tennessee. In 1943 he married Mary Hayes, and they had three children: Maudie Briggs, Richard, and J.C. Jr.
During his time as Hamblen County Sheriff in the 1950's, Mr. Morrison was invited bird hunting with friends in the Tennessee Highway Patrol. Having no success in his bird hunting trips, and after much teasing he was directed to the Knoxville Gun Club to improve his shooting. His first visit was on a cold bitter winter day. Most shooters shot a couple of rounds and then left; however, only darkness stopped him. He shot 18 rounds with a humpback Browning field gun and broke 15 or 16 targets per practice round.
Several weeks later, he returned with a trap gun, a Hoffman with a 34" barrel, and to the amazement of the other shooters, he was breaking 24s and 25s. Dick was hooked and he said, "Getting hooked on shooting was probably the greatest thing that ever happened to me. I have had more pleasure and more enjoyment out of shooting than anything I can think of with the exception of my wife and three children."
Mr. Morrison became a member of the ATA in 1958. The first year he tied for the Tennessee State Singles with a 199. He won numerous trophies at the Grand American, Satelite Grands, Zone Tournaments and State Shoots during his career.
In 1960 he shot his first 200 x 200 to win the Open High Gun at the Kentucky State Shoot. In 1961 Dick won three out of five of the Southern Zone Championships. In 1962 his winnings included the runner-up prize in the Grand American Class B Doubles. Also, in 1962, the U. S. Trap team invited him to participate in the Olympics in Olso, Norway. Due to local business commitments, he refused, a decision he always regretted.
In 1965, at the Knoxville Fall Shoot, he was the 4th man in history to break a 100 straight from the 27 yard line.
Over a thirty-one year period, he captured 11 Tennessee ATA championships. His winnings included the 1963 and 1971 Doubles, the 1966, 1968 and 1970 Singles, and Ail-Around High in 1967.
Dick was Veteran Ail-Around Champion at the 1986 Southern Grand American. In 1987 he was Veteran runner-up in the Grand American Handicap, and 1989 Grand American Singles Champion. At the 1990 Midwestern Grand, he collected three senior Vet trophies including the Doubles and Ail-Around Championships.
Mr. Morrison held offices in the Tennessee State Trapshooting Association including President, and was elected State ATA Delegate in 1965. From 1966 until 1971 he served as the ATA Southern Zone Vice President before becoming the ATA President. He did not miss the Grand American in 39 years.
His accomplishments included designing an entry-card system for shell inventory control at the Grand American. After his tenure, he was elected the first President of the Hall of Fame and oversaw the opening of the new Trapshooting Hall of Fame. He was instrumental in designing the pins, emblems, and stationery for the Hall of Fame. Mr. Morrison was selected Ail-American three times and is now a member of the ATA Hall of Fame.
J. C. (Dick) Morrison, 78, died March 15, 1999 at his Morristown, Tennessee home. He shot in 21 states and also in Canada. His average for his shooting years was 96.81 with a high average of 98.40 in 1969. He registered 135,000 singles, 70,000 handicap and 65,000 doubles targets.
It is with great pleasure that the Tennessee Trapshooting Hall of Fame Committee and the Tennessee State Trapshooting Association induct J.C. (Dick) Morrison into the Tennessee Trapshooting Hall of Fame.
UpDate:25 Jan 2010
The following audio clip was recorded by JC before he died. We are very fortunate to have this of clip of JC talking about his trapshooting career. Tenntrap would like to thank Jadie Morrison (JC's son) for this clip and its use. We hope you enjoy it. 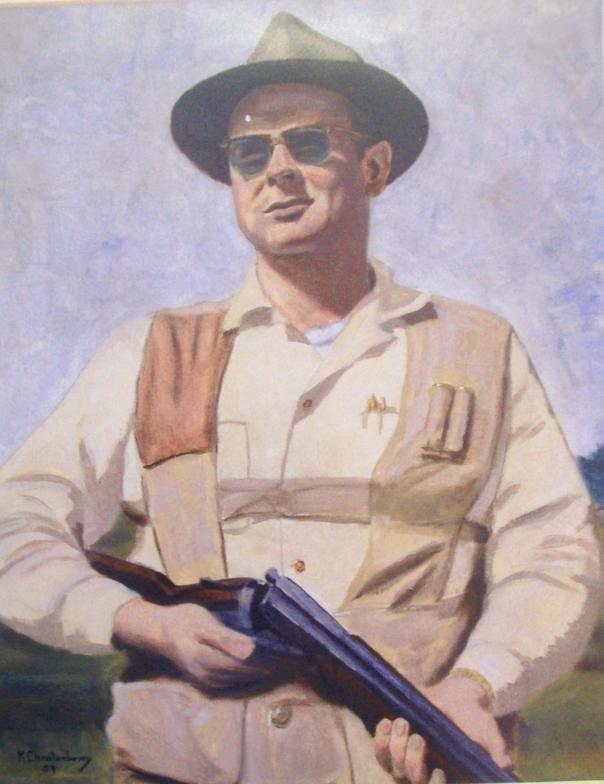