Jack Wright
1919-2009
Memphis, Tennessee
Born in 1919, he married Martha Beckett in 1941. They have two daughters - Jackie Maddox and Jane Alcarez and two grandchildren - Scott and Clay Maddox.
Jack Wright started out shooting skeet in 1943, and he converted to trap shooting in 1946. He shot his first registered trap targets in the late 1940's in Mississippi and Arkansas.
He attended his first Tennessee State Shoot in 1952 in Nashville. He attended the Grand regularly from 1952 until 1971.
He supported trap shooting in all the southern states. Most of his accomplishments were won out of the state of Tennessee.
Jack was on the winning Memphis Team in the 1963 Southern Zone Challenge Race. He won the first Rebel Open Handicap in Jackson, Mississippi in 1955. He won the Arkansas Razorback Open Singles, Doubles, Handicap, Ail-Around, and High over all on different occasions in the mid 60's.
In Tennessee he won the Smoky Mountain Singles in 1958. In the 60's Jack won the High-over-all Memphis Open, the Mid-South Open Doubles and the Mid-South Open Long Yardage Championship.
At the Tennessee State Shoot in 1964 he won the Preliminary Singles, in 1965 the Doubles Championship and in 1969 the Singles Championship. In 1976 he won the Class doubles. In 1981 And 1985 Jack won the Thursdays Doubles. In 1992 he won the Senior Vet Thursday Singles and in 1992 and 1993 he won the Preliminary Handicap.
Jack broke his most recent 100 straight singles at the Tennessee Fall Festival in 1991 at the age of 72.
His dedication to the best interest of trap shooting in Tennessee exceeds his shooting records. He was a leader among those whose efforts charted the course of action that has allowed us to grow after W.W.II to where we are today.
He was the instigator of the "Mr. Trap Shooter" Award (later called "Shooter of the Year") for service toward the betterment of trap shooting in the state. He was the instigator of the Mid-South Open Trap Shoot, the All-State Team and State Team Awards.
He was the person who was responsible the location of the Horton Park Shooting Range and was the driving force to make it the permanent home grounds for the Tennessee State Trap Association.
Jack served as Director of the Memphis Gun Club for many years and was one of the original contributors and supporters of the Memphis Sport Shooting Association, which now has over 1500 members.
He served as a Director of the TSTA for many years and was President in 1969. The Mid-South Open Shoot was dedicated in his honor in 1974. He was selected Tennessee Trap Shooter of the year in 1979.
Jack is still very active in trapshooting and has registered 86,775 Singles, 69,425 Handicap and 39,650 Doubles.
In over 50 years of registering targets Jack has won over 300 awards in class, veterans, and yardage events.
Update: Jack passed away February 27, 2009 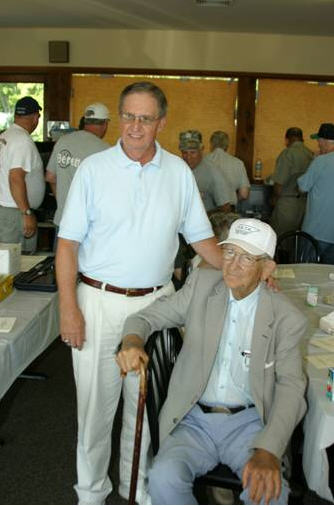 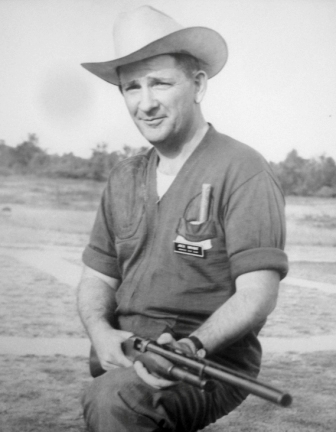